Hot desking, also known as hoteling, is generally used in office spaces where there are no assigned desks for employees. Instead, they may “check in” to an open seat. The two terms have a slightly different meaning.

Hot Desking: Office spaces that are unassigned and employees can use on a first come, first served basis.

Hoteling: Office spaces that can be reserved in advance for use.

Often, organizations implement hot-desking/hoteling when they:

You will always need to press 2 to confirm that you are logging in, regardless of whether or not the phone currently has an owner.

If you log in to a device that is unassigned, the voice prompt will say, “the owner is '------', to change owner press 2.” You will not hear anything as the owner, but rather, a pause of silence.

USING THE SONAR PORTAL AND A VERSATURE DEVICE 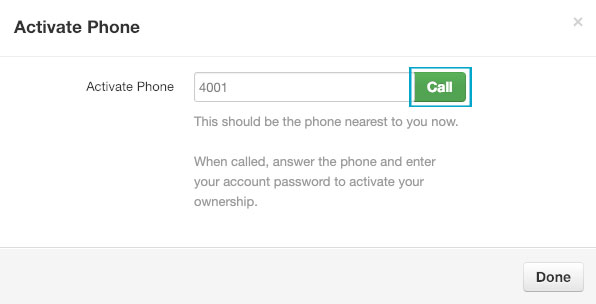 6.  Answer the phone and follow the voice prompts. (Enter your PIN, followed by the pound key).

You will be able to see the device listed under Phones with a green check as shown in the picture below.

You can also double check your Answering Rules to ensure success.

LOGGING OUT OF HOT DESKING PHONES

To log out, press the Logout soft key (depending on the configuration of your device you may or may not see this key; if you do not see this soft key press the More soft key first).

Through the SONAR portal:

To log out of a phone used for hot desking/hoteling, go into your Phones tab and click the red X to "Release Phone."

Can’t find what you’re looking for?

Our award-winning customer support team is here for you.